Akumuli’s data model is designed to track properties of real-world objects. These properties are reffered as metrics. They can contain numeric time-series and arbitrary events (represented as strings). Things like temperature and humidity measured over time by the sensors in the room are good examples of such metrics. Another example is a CPU utilization and idle time on the virtual server. In other words, everything that you can draw on a scatter plot can be stored.

Each object is uniquely addressed by the set of tags. For example, the room in the hotel can be pointed by the building and the room numbers (room=42 building=2). So, you can pin down specific room using only two tags. You can select specific objects by specifying both tags in the search query. Or alternatively, you can select all rooms in the specific building by providing only building tag.

The tags can be viewed as an address of the object, but they doesn’t limited to that. You can add redundant tags to increase the search capabilities. In our previous example redundant information like the floor number and the wing of the building (room=42 building=2 floor=1 wing=East) can be added to allow us to select all rooms in some specific part of the building.

Akumuli query system allows you to use only the subset of tags in the query.

Metric is an aspect of the object that can be measured and plotted on the graph. For example, you can measure temperature in the room, voltage in the electric circuit, and amount of free space on disk. Each property has a name usually referred as a metric (or measurement) name, e.g. ‘temperature’, ‘voltage’, ‘hddfree’. Metric names should be unique within object. For example, if you want to measure amount of carbon monoxide in the room using two sensors you should use two different measurement names for both sensors. Otherwise you won’t be able to distinguish between measurements of both sensors:

The other option is to have a tag (but in this case the series will correspond to two different objects):

Events names are associated with metric names by adding '!' prefix. For instance, if you have an object with CO_level metric, you can also have an event stream associated with it using !CO_level name.

The combination of metric name and tags defines unique series name. Akumuli expects metric name to be followed by the set of tags. The particular ordering of tags doesn’t matter. This is an example of the series names:

These are three series names. All correspond to the same object (room) but different properties. The first one tracks temperature in the room, the second one tracks humidity, and the last one is a carbon monoxide level in the room.

Another example of the series name from the DevOps monitoring world:

This one tracks memory usage on the server. Note that the set of tags is largely redundant. It’s enough to have only “host” or “host_IP” tag to uniquely identify the series. All other tags can be used to provide rich analytics, e.g. you may want to know the average memory use by instance type. Note that two series names correspond to the same object only if their tags are equal. This also mean that if you add (or remove) one tag to series name, the series name will be different. But you can group some specific tags together in query. For instance, if you have several carbon monoxide sensors in the room:

You will be able to collapse these two series into one that contains readings from both sensors using the query language:

The particular order of the tags doesn’t matter, both “metric tag1=1 tag2=2” and “metric tag2=2 tag1=1” correspond to the same series. The metric name, tag names, and tag values can contain any characters except the space character. The series name mem commit OS=Ubuntu 16.04 region=ap-southeast-1 host=PG-mirror host_IP=172.16.254.1 is invalid because metric name (mem commit) and one of the tag values (Ubuntu 16.04) contains space character. Also, there shouldn’t be any spaces inside the key-value pair before or after the ‘=’ symbol. The tag “region = ap-southeast-1” is wrong, it should be encoded as “region=ap-southeast-1”. The spaces in series names can be escaped using the '\' character. For instance: mem\ commit OS=Ubuntu 16.04 region=ap-southeast-1 host=PG-mirror host_IP=172.16.254.1 is a legit series name because space in metric is escaped.

The series shouldn’t be created beforehand. If you write a data point with new series name Akumuli will create new series automatically.

The metric value can be an integer or a floating point number. The recommended formatting method is to use a “%.17g” format string (using printf syntax) or any equivalent. This guarantees that the precision won’t be lost. Subsequent metric values can have equal timestamps. Nanosecond precision is supported otherwise.

The event value can be a string up to 1KB in size. Subsequent events in the same series should have increasing timestamps with microsecond precision.

Previous
Getting Started
Next
Writing data 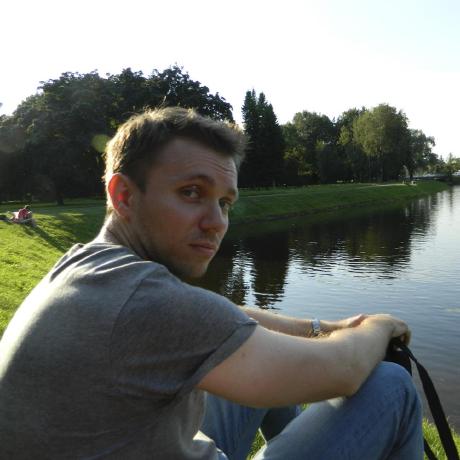